The system is a sub-system that ensures the correct firing angle of the turret in a tank. The designed correction unit is a replica of the erstwhile Russian equipment.

MELSS had built the upgraded system by redesigning the electronics from the Russian equipment to Industry standards. The external components that interfaces with the main equipment has been retained as per the OEM model. The system has been tested extensively before deployment. MELSS had also designed and supplied a test stand to verify the functionality of the system before installation and to also facilitate field maintenance.

The system features include:

The current generation navigation and weapon system used on-board aircrafts, battle tanks and surface ships use high speed and high resolution video for visualisation of the crew during real time operation. This video is recorded for analysis or replayed on-ground post mission. In order to capture the real time video, it is essential to have a video grabber and a mass storage device.

MEL Systems has developed a MIL-aero qualified digital video recorder to meet the above requirements with the following salient features:

DDU ensures the distribution of navigation information between Inertial navigation units and the ship’s users. 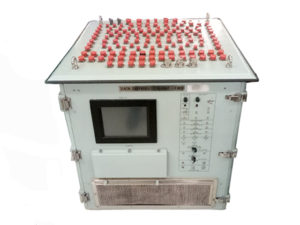 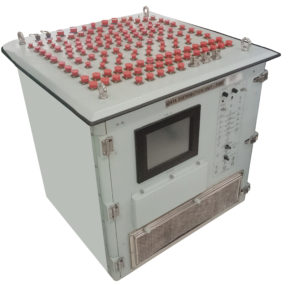 The system ensures automatic and safe mutual usage of all weapon systems installed onboard a ship and provides safe onboard helicopter operations.

The existing system is decades old and employs conventional discrete electronic components which are difficult to maintain.

The scope of work is to upgrade the existing system with the state-of-the-art current generation computing elements. The system developed was inducted without disturbing the existing wiring of any of the equipment fitted on-board the ship.

The system follows a set of engagement rules and generates control signals, which influence the activating circuits of the ship’s weapon systems to ensure the ship’s safety in case of simultaneous usage of weapons. To achieve this upgrade, high-speed microcontrollers and FPGAs replace the legacy system supplied by the OEM.

The system interfaces with the weapon systems, wherein the position of the weapons both in elevation and azimuth planes will be fed by the weapon system. The status of ammunition, hatches, helicopter etc. will also be fed to the system. Based on logical processing and the given set of engagement rules, system outputs control signals inhibiting the firing of particular systems/inhibiting of specific operation, as appropriate, so as to ensure the safety of the ship during joint operation of weapons.

The system consists of:

In the cockpit of a fighter aircraft, the head display (HUD) is used to display various parameters and symbologies of navigation and weapon systems. This real time information is displayed on the transparent glass through optical system. Generally a miniature video camera is used to capture the data/symbology projected on the HUD for post flight analysis. The legacy video camera used for these purposes were storing the video on a spool of magnetic tape. On-ground a video tape player is used to replay the video specially supplied by OEMS.